While my daughter took to solid foods immediately, my son has decided that food is only for playing. Not eating. Momma’s milk is the only thing worth eating (flattered, but would like him to eat food…). I still try to feed him, three times a day. Typically he’ll eat/tolerate the sweets/fruits, but pretty much wants nothing to do with veggies. And texture…well, that just leads to gagging. He’s over 8 months old, so I was hoping to have him eating a bit more, but in the mean time, we just play with our “pumpkin spinach” lunch puree (not sure I blame him on that one:). Someday I know I’ll miss these messy hands and faces. 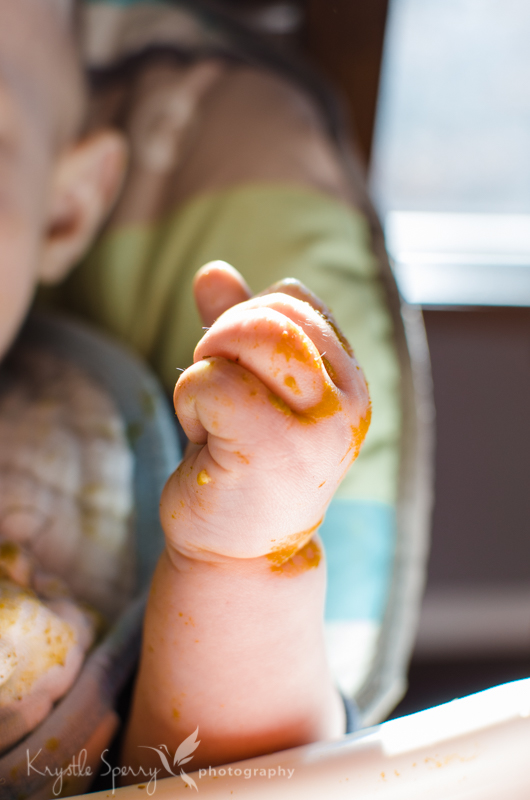 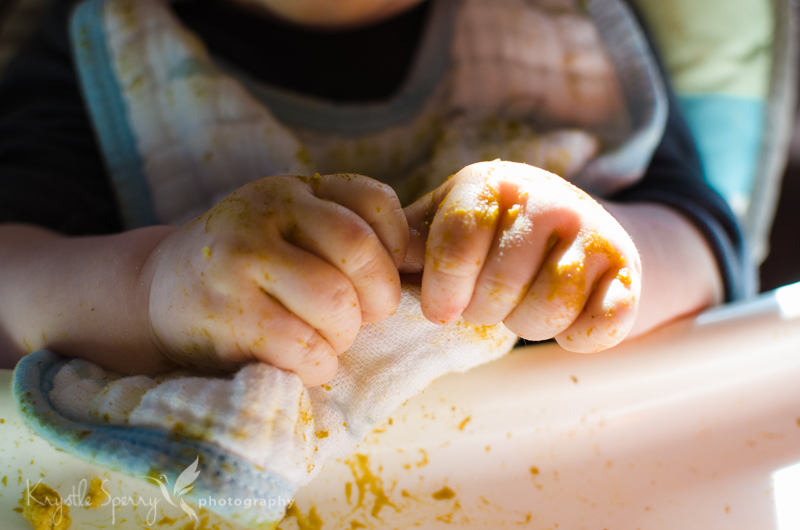 Note that I had my depth of field a lil narrow on these images. I tend to shoot too wide open (leading to more blurry space and less of my subject in focus for those who care), so I need to work on that. Also a bit over exposed on his hands with the sun shining in…baby steps! 😀